We aim to give the best advice possible for renewable energy systems and heating technologies. You can rest assured that we will only recommend products to you if they are suitable for your property and if your energy usage will be reduced, using a very honest approach. You can lower your bills by generating your own energy, earn money from various incentives and we think most importantly reduce carbon emissions. All of our installations are MCS accredited and carried out to the highest standards.

We cover Suffolk, Essex and Norfolk and have an extensive knowledge of the various technologies available. You can rest assured that we will give you honest advice, ensuring that we only sell to you if you will get an acceptable return on your investment. As well as advising and installing renewable energy systems we can also carry out the service and any maintenance that might be necessary.

Greenfuture Energy Ltd are the experts in helping you make savings in your fuel bill with renewable energy solutions. Request a callback today for free advice and see the difference we can make to your home.

What is domestic renewable energy?

There is a range of renewable energy technologies that are now available for domestic use which can help you meet your energy requirements. These make use of the sun, wind or renewable fuels to generate heat and electricity.

What is renewable energy?

Renewable energy is any energy we use that comes from renewable, natural sources. Renewable means that it’s naturally replenished, so can’t run out. Things like the sun will never run out, same with trees, because although we can cut them down to make biomass energy, we can still replant them, so it’s a renewable source.

Sunlight, water, air and heat from the earth are all renewable sources that we can use to make solar, tidal, wind and geothermal energy. Sometimes renewable energy is also called green or eco energy.

Here is a list of some of the most common renewable energy sources:

How is electricity made?

Electricity comes from power stations, where it’s made in huge generators. Power stations use a source like coal, nuclear, wind, hydro or natural gas in order to generate energy. The energy created from these sources then turn huge turbines that have magnets and copper wire inside them. The combination of movement with magnets and copper wire creates a flow of electrons across atoms, which makes electricity.

When a power station uses coal or gas, these sources are used to heat water, which makes steam, and the steam turns the turbine.

When a power station uses a renewable source like hydro power or wind, it’s these sources that are used to turn the turbine.

When a house or building has solar panels, they are making electricity a whole different way without turbines and on a much smaller scale. Solar panels generate electrical power by capturing solar radiation and converting it into electricity using semi-conductors.

How can energy be stored?

Storage of energy from renewables is of considerable importance since it can be used to smooth out any mismatch between supply and demand particularly as regards electricity. Energy can be stored over various timescales from minutes, hours and days to months or even between seasons. Energy can also be stored in a variety of forms such as potential energy (e.g. pumped hydro), kinetic energy (e.g. flywheels), as heat and as electricity. The long-term storage technologies tend to store larger quantities of energy and vice versa. The principal short-term (minutes to days) modes of storage are pumped hydro, flywheels, batteries, capacitors, hot water tanks, tidal waters, vehicles to grid (car batteries), compressed air, thermal storage and digital quantum batteries. Modes of energy storage over months to between seasons include hydrogen gas, biodiesel, synthetic methane, natural gas and underground water (Aquifer Thermal Energy Storage).

Clearly there is a range of ways to store energy depending on requirements and circumstances. Many of the above modes of storage are still in development whereas others, such as pumped hydro and hot water tanks, have been available for years. The challenge today is to maximise the efficiency of storage and to rapidly realise systems at a commercial scale.

Why is renewable energy important?

Renewable energy has become very important for two reasons. First and foremost, the burning of fossil fuels is largely responsible for global warming and climate change which, if left unchecked, will lead to global average surface temperatures more than 2°C warmer than before the industrial revolution (mid-18th century). Policy makers have identified 2°C warming as the threshold of dangerous warming. Global warming of around 0.8°C is already leading to changing seasons, droughts and heat waves , heavy precipitation (floods), rising sea-level and more energetic storms in many parts of the world. Also fossil fuels (coal, oil and gas), on which our society depends for heating, electricity and transport, are finite. Oil and gas in particular are becoming increasingly expensive to extract as the easy-to-access reserves are worked out and globally the production of oil may already have peaked. Renewable energy has the great attraction that it draws on inexhaustible and free supplies of energy which means that, other than the cost of manufacture, installation and maintenance, it is not exposed to fluctuating prices.

As well as producing greenhouse gases fossil fuels produce considerable amounts of pollution when they are burnt. This includes oxides of sulphur and nitrogen as well as soot and ash. These emissions damage our health and our environment.

One further disadvantage of fossil fuels is that much of our oil, gas and coal has to be imported, which can be expensive and makes us reliant on other regimes for our sources of energy.

So today we are at a transition between a fossil-fuel driven society and a carbon-free society which will become largely dependent on renewables. 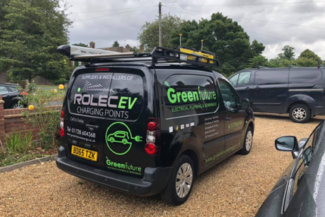 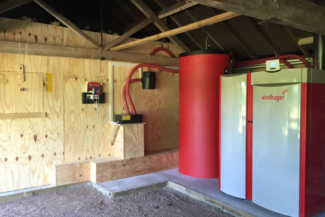 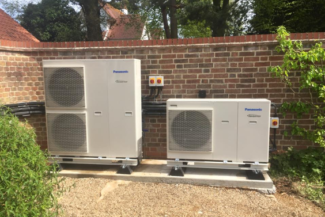 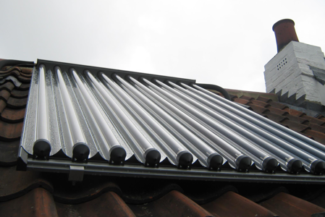 At this time, our services have been severely impacted due to the Coronavirus outbreak

Unfortunately, we are currently unable to offer any services including emergency callouts whilst the country is on lockdown. We will be reviewing this decision on a weekly basis. So please check on our website for any updates on the services we can offer.

We are still taking enquiries for work after the lockdown, so please send us a message via the contact forms or email info@greenfutureenergy.co.uk and we will respond as soon as we are able.

We hope to have our full service up and running as soon as it is safe to do so.

Thank you for your understanding during this unprecedented time.